This is my hometown: Regensburg – world heritage site, located in Bavaria, southern Germany, next to Munich. Regensburg was founded nearly 2000 years ago – as a Roman castle against the furious Germans. In the Middle Ages, Regensburg became an important place for politics and economics. Today, Regensburg is a center for high tech, University city and tourism magnet.

In the year 2006, Regensburg became UNESCO World Heritage Site. Here’s some reason why:

Regensburg is a very young town. With only 150,000 inhabitants, Regensburg offers a tremendous nightlife – not only to its 25,000 university students. Regensburg has one of the highest rates of bars per inhabitants in all of Germany. Almost all of them are located in the old center – in dark caverns, high towers, or historical buidings. Go out dancing in Gothic halls or ancient cinemas! Any kind of music and food is served. 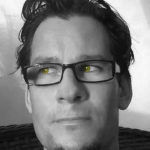